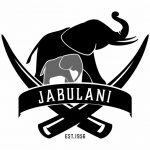 Be part of the Jabulani Journey

Our story started in 1997, with Jabulani, an elephant calf of just four months, was found injured, abandoned and stuck in the mud of a silt dam. He was successfully rehabilitated and once weaned, introduced to the wild elephants of the reserve, who repeatedly rejected him.

Yet fate had a different plan for Jabulani. In 2002, we were contacted to urgently step in and rescue a hand-reared herd of elephants Zimbabwe who were to be culled during the country’s land reformation process.