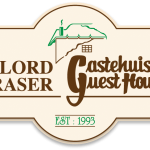 Previously Lord Fraser Guest House was the summer residence of the well-known Lord Ian Fraser of Lonsdale. He was a pilot in the Second World War, but his plane was shot down in combat and he was blind as a result of his injuries. He got married to the nurse who cared for him while he was recuperating from his injuries, and they used to visit South Africa during summer. He was the chairman of the once powerful retail business Frasers, who was based in Lesotho.