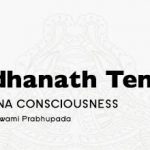 The Sri Sri Radha Radhanath Temple (Hare Krishna Temple) places the bustling suburb of Chatsworth on the map as a tourist destination. Situated approximately 20km south of the Durban City Centre, its three domes of white and gold rises above a dazzling octagonal roof. The temple has been acclaimed as an architectural masterpiece – a spiritual wonderland. Although, designed and constructed in the 1980’s, its design is a combination of the traditional, contemporary and futuristic; and simultaneously a fusion of concepts showcasing “east meets west”. The ancient “vastu purusha mandala” formula is imbibed in its geometrical lay-out with shapes such as circles, triangles, squares and octagons, holding great spiritual symbolism and philosophical meaning enhanced by its unique setting in the midst of a moat of water and water features, surrounded by a sprawling luscious lotus shaped garden.